9In 1977 a film was released that would give the people a new world to play in and obsess over. This film would come to be a glorious saga for the ages. The film turned into a series of adventures including more feature-length films, television series, video games, novels, comic books, theme park attractions, animated series, and a gigantic toy empire. This franchise is the 2nd highest-grossing movie series in the world and with Disney acquiring the rights to it, there is more to come. The love that people have for Star Wars is quite impressive. You would be hard-pressed to find someone that has never seen Leia in the gold bikini. The costuming in this series is some of the most imaginative and easily recognized. From the stormtroopers to Jabba The Hutt, seeing these characters puts us right where we were when we first saw them. Whether it was on the big screen or in the pages of a book. This list is about some of the costumes from the series. 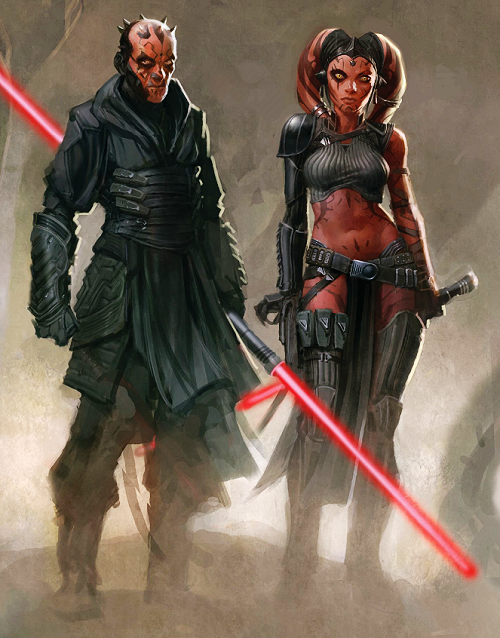 Sith apparel was the term given to the general attire of members of the Sith Order in all its forms. Unlike the Jedi who did not believe in material possession, the position of Sith Lord was highly individualized and the personal attire of each Dark Lord reflected this.

These 2 characters had the most beautiful red and black markings. The hours in a makeup chair must have been long. Sith tattoo referred to several different types of body markings that were used by followers of the dark side order and its factions. The One Sith under Darth Krayt was a prominent practitioner of Sith tattooing. The application of Sith tattoos was painful because they were applied via Sith pincer bugs.

Darth Talon was a female Lethan Twi’lek who became a Sith Lady in Darth Krayt’s One Sith in 137 ABY. Talon was styled with black Sith tattoos covering her body including her head and lekku; each tattoo had been earned in ritual combat and inscribed by Krayt himself. As a Sith apprentice, she was trained by a fellow Twi’lek Sith Lord named Darth Ruyn, whom she later killed on Krayt’s command with a swift decapitating strike of her lightsaber, shortly before ascending to the rank of a full-fledged Sith in Krayt’s Order. In Return of the Jedi, Jabba is portrayed by a one-ton puppet that took three months and half a million dollars to construct. While filming the movie, the puppet had its own makeup artist. The puppet required three puppeteers to operate, making it one of the largest ever used in a motion picture. Jabba the Hutt became an icon of not just Star Wars, but American popular culture as a whole. Jabba the Hutt starred in his own comic book series, Jabba the Hutt: The Art of the Deal.

Generally, the armor was made from beskar, a highly durable metal that could repel blaster fire and lightsaber strikes while giving the user maximum protection, although variants made from durasteel and other lesser materials were frequently utilized due to those materials being more common. The helmets had an angled visor, which reflected Mandalorian style, and the unique armor became a symbol of fear across the galaxy as the Mandalorian warriors engaged in numerous wars. Due to the durability of the beskar metal, some armor sets were hundreds of years old, such as in the case of Sabine Wren’s armor. Passed down from generations before them The Mandalorians are most proud of their armor and the things that it represented. This armor was also the base for the Storm Troopers.

4. The Iterations of Leia

Leia is one of the intricate characters in the franchise. Her wardrobe changes are epic and numerous. She goes from Diplomat to the adventurer in a heartbeat. All of the costumes that she wears are tailored to the situation and are always age-appropriate for the way that she evolves throughout the saga.

These characters are hugely numerous. All of the installments of the Star Wars series have a new style of Trooper. The different terrain and regimes have Troopers with their own specific colors and have adaptations for what their purpose is. 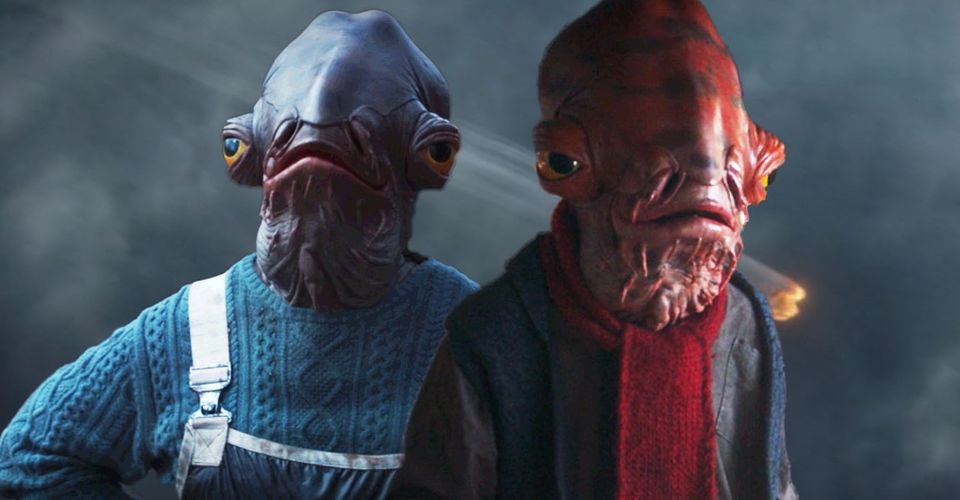 The Mon Calamari was a bipedal, amphibious species with high-domed heads, webbed hands, and large, goggle-like eyes. In addition to being webbed, the Mon Calamari hand presented three suction-cup-like holes on its palm and featured five claw-tipped fingers: one opposable thumb, two long middle fingers, and two very short outer fingers. Although they were shaped like flippers, their feet could nevertheless fit into boots designed for humanoid feet The females were distinguished from the males by their more prominent chest areas. These characters are so amazing to see. Chewy is a Wookie that has a life debt to Han Solo and never leaves his side, until Han’s death. Chewbacca is one of the most recognizable characters in Star Wars. His towering, hairy appearance is in every aspect of the series. This costume contained a person, Peter Mayhew played this Wookie from 1977 through 2015. He was just over 7 feet tall and gave Chewy his towering stature. Mayhew said that he modeled his performance of Chewbacca after researching the behavior of bears, monkeys, and gorillas he saw at the London Zoo. Lucas said Mayhew was “the closest any human being could be to a Wookiee: big heart, gentle nature and I learned to always let him win”. The character did not have any lines, the sounds he made being derived from sound recordings of animal noises.

The entire galaxy that’s been created here is full of great costuming. Not just limited to the movie sets. I know people that have cosplayed these characters, and even veered off from the norm, creating their looks and interpretations of these beloved characters. The reach that this fandom has is exponential and very well-loved. From Halloween costumes to Convention cosplay. There is no shortage of followers. Here are a couple of friends of mine sporting some looks from this fandom.